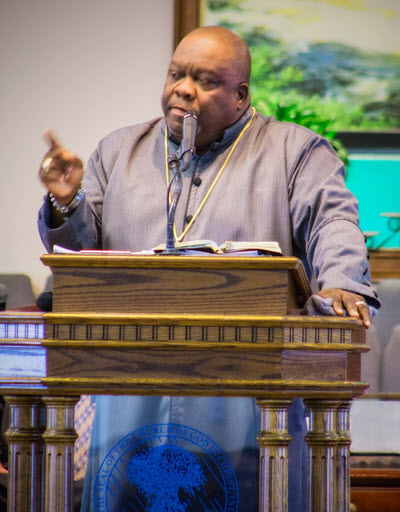 Bishop Paden is native to Atlanta, where he was educated and then went on to graduate from Tuskegee University in Tuskegee, Alabama with a Bachelor of Science degree in Building Construction. Bishop Paden was awarded an honorary Doctorate Degree from Canon Bible College and Seminary in a May 2006 Commencement service in Bronx, New York. Bishop Paden’s ecclesiastical service began in October 1984 when he acknowledged his call to the ministry. After serving faithfully at Tabernacle of Faith Church of God In Christ, Inc., under the leadership of his father, the late Bishop Willis Paden, he founded what is now known as Holy Fellowship Church Of God In Christ. Inc., located in Snellville, Georgia. In 2001, he succeeded his late father as pastor of Tabernacle of Faith COGIC. In August of 2012 Tabernacle of Faith relocated to its current location in Atlanta. Through Bishop Paden’s anointed teaching and preaching, countless souls have been saved, strengthened, and healed. 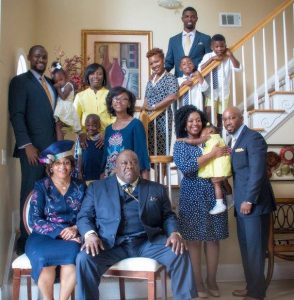 His service in ministry extends to the community where he fulfills the scriptural mandate of Matthew 25:35-36, which calls for God’s people to feed the hungry, clothe the naked, and visit the sick and incarcerated. Bishop Paden has been married for 37 years to a virtuous woman of wisdom in Missionary Peggy Paden, and he is the father of two married daughters– Monica (Shane) Porter and Erica (Ivory) Covington, and one married son– Michael Jr. (Danielle). He is also the proud grandfather of three grandsons– Ivory Jr., Christopher, and Isaiah, and three granddaughters– Shania, Madysen, and Evelyn. Bishop Paden’s love for God and His people is conspicuously displayed in his ministry and everyday life, and it may certainly be declared that he is a God-appointed remnant in these perilous times appointed to be a vessel for the Master’s use.